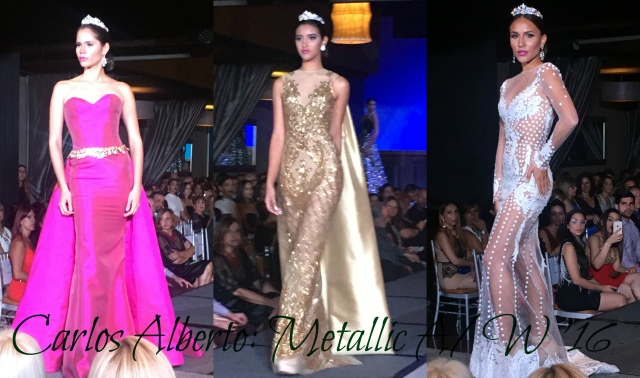 San Juan Moda the official fashion week of the island commenced with a tribute to the ex-beauty queen Zuleyka Rivera in this grand opening.

This recognition came with coincides with the celebration 1o year anniversary of Rivera being crowned Miss Universe in 2006.

The event continued throughout the night with a runway by Designer Carlos Alberto called ‘Metallic’. He is best known for his gowns for beauty queens  and also for designing the infamous chain dress that Zuleyka wore when she won the crown.

The sixth edition of San Juan Moda A/W ’16, will have over 25 local designers and international couturiers.

This site uses Akismet to reduce spam. Learn how your comment data is processed.